Back to the news

As Africa begins its battle against COVID-19, the water needs of millions of Africans continues to remain unmet, even as climate change threatens to worsen lack of access to safe water on the continent.

Water is fundamental to human existence thus is often considered as the most precious commodity on earth. Therefore, access to clean drinking water, safely managed sanitation, and proper hygiene (WASH) services are seen to be basic human rights; as well as boosting countries’ economic growth, WASH services empower people including women and children to live a healthy life. Of the 783 million people who are without access to clean water around the world, over 300 million are said to live in sub-Saharan Africa.

According to the 2019 World Health Organisation (WHO) and United Nations Children’s Funds (UNICEF) Joint Monitoring Programme (JMP) report for WASH titled: “Progress on water, sanitation, and hygiene 2000 – 2017,” 1 in 3 people globally do not have access to clean drinking water. More so, the report showed 1.8 billion people have gained access to basic drinking water services, since 2000. However, the report showed vast inequalities in the accessibility, availability and quality of these services.

According to both WHO and UNICEF, 1 in 10 people (785 million) across the globe still lack basic WASH services; this figure is inclusive of the 144 million who drink untreated surface water. Moreover, the World Economic Forum`s (WEF) Global Risks Report 2019, says water insecurity (crises) poses a serious threat to the world and ranks number 4 out of 10 top global risks to impact the society.

It was in recognition of the centrality of water to human development that UN, the World Water Council (WWC), amongst others, have since 1993 observed March 22 of every year as World Water Day. The annual event is aimed at raising awareness about the strategic importance of water in safeguarding human security and maintaining the health of the planet’s ecosystems. This year`s event themed: “Water and Climate Change,” aims to highlight the urgency of strengthening water security and establishing access to a sustainable water supply in the face of changing climatic conditions worldwide.

Dr. Loïc Fauchon, president of the World Water Council (WWC), while addressing the 20th African Water Association International Congress and Exhibition 2020 (AfWA-ICE 2020) – the largest gathering of African water and sanitation professionals – held February 24 – 27, in Kampala, Uganda, noted that although access to safe water was essential for all people around the world, it was particularly critical for people in Africa, more than any other continent.

“The world is thirsty and so is Africa. Thirst also means the absence of energy, hunger, diseases, and ignorance. Because if water brings life, [lack of] it can bring death,” said Fauchon. “Men compete for water, while at the same time, nature needs it for biodiversity to thrive and ecosystems to live. Water is the life insurance of humans and nature…without water, there is suffering, without water there are crises of all kinds and everywhere.”

Although Africa has abundant sources of fresh water – large lakes, big rivers, and vast wetlands – millions of rural households across the continent do not have access to clean drinking water, thus rely on unhealthy water sources. When consumed, contaminated water causes waterborne diseases such as cholera and diarrhea, which kill over 2000 under-five children across the globe, every day – more than AIDS, malaria, and measles combined! Majority of deaths resulting from diarrhea are said to occur in sub-Saharan Africa.

Lack of clean water is also hindering access to the basic ingredients of human development: health and education. Millions of Africans, especially women and children are, on daily basis, forced to spend hundreds of millions of productive hours collecting water. Hence, the possibility of their breaking out of the poverty circle is very slim: without clean water people can`t grow food; children can`t stay in school; while adults can`t stay healthy and productive.

Fauchon said the global water challenge was brought about by rapid demographic growth, explosion in urban population, and concentration of people in megacities as well as the slums such concentration of people result in. Others, he said, were rising living standards, overconsumption, food waste and plastic profusion, as well as giant pollutions called real “health bombs” which cause so many water-borne diseases.

“In front of us, there is the evolution of climate, sometimes contradictory and so complex to grasp. All these difficulties, crises, disasters, contribute every day, every week, every month, every year, and keep on increasing the tension on our water resources,” he said. “…We must reflect upon our responsibility, our responsibilities as actors and operators of the water community. Our responsibility is to ensure the very survival of women and men who experience every day, the anguish of the quest for water,” Fauchon urged.

Despite its being indispensable in attaining a healthy life and human dignity, the water needs of millions of African citizens remain unmet; with huge inequalities existing in access to WASH services between rural and urban areas, poor and wealthier societies. In 2015, 45 per cent of Africans went without enough clean drinking water while 51 per cent of the continent’s population had to leave their homes in order to access water, according to a citizen survey of 36 African countries by Afrobarometer, a Pan-African research network that conducts public attitude surveys on democracy, governance, and economic conditions in Africa.

In 2017, a report by the World Bank`s Water Supply, Sanitation, and Hygiene (WASH) Poverty Diagnostic Initiative – a multi-disciplinary research encompassing 18 countries of the world, aimed at assessing the relationship of poverty, time, physical space and social space with drinking water, sanitation and hygiene – revealed that rural areas were particularly lagging behind in terms of access to water. The report showed that 4 out of 5 people who lacked safe water and 3 out of 4 people who lacked improved sanitation lived in rural areas while wealthier households in urban areas were reportedly four times more likely to have piped water on premises than poorer households in same urban areas.

Noteworthy is the interdependence between water and climate hence; any significant change in climate could worsen the lack of access to clean water experienced by millions of Africans and affect their livelihoods. In the last few years, many African countries have experienced strong seasonal and annual climatic variations that has placed a huge pressure on limited available water resources. For instance, in Burkina Faso, climate variability is a major constraint on food security, health, environment, and poverty reduction due to its high-level dependence on the agricultural sector, which forms 86% of the country`s Gross Domestic Product (GDP).

According to the International Water Association (IWA), available water resources are highly vulnerable to changes in rain, temperature and wind patterns. This has become a major challenge in the operations of national water utilities in Burkina Faso such as the Office National Office for Water and Sanitation (ONEA), in terms of supplying drinking water to the country’s 43 urban centers, including the capital city of Ouagadougou.

“The major climate-related risks to water supply faced by the country [Burkina Faso] are droughts, floods and erosion. These risks do not just affect the quality and quantity of the resources but also result in damage to infrastructure, rendering them temporarily inoperative, leading to an increased risk of contamination or untimely distribution of water.  In 2016, floods affected about 9 regions with a total of 27,826 people. Drought has also affected a cumulative number of about 12.4 million people between 1969 and 2014. Erosion, which occurs during both flood and drought events, silts up rivers causing deterioration of water quality by not only increasing the turbidity of the water but also by run-off of pollutants even in underground aquifers,” says a report by IWA.

Considering the vulnerability of most African countries to climate change, it is imperative for governments to ensure proper planning including the use of knowledge and adoption of tools such as Water Safety Plans (WSP) to better address the impacts of changing climatic conditions, better manage the operations of water utilities as well as ensure equal access to water supply for the continent’s fast growing population.

In addition, 21st century digital innovations and technologies ranging from sensors to remote controls; weather forecasts to data processing; augmenter reality and process optimization could prove useful in ensuring access to safe water, sanitation, and hygiene in Africa. “Let us use the best of wireless networks, data processing, internet of things, cloud, block chain, for water but also for sanitation, waste, air and energy,” Fauchon said.

No doubt, access to clean water, together with sanitation, will immensely improve the well-being and livelihoods of millions of poor Africans. Beyond that, improved WASH services will ensure the successful realization of the UN 2030 Sustainable Development Goals (SDGs) particularly Goal 3 and 6: good health and well-being; clean water and sanitation, respectively.

However, as African countries commemorate this year`s World Water Day – a day whose celebration was initially billed to take place on Monday at the headquarters of the Food and Agricultural Organisation (FAO), in Rome, Italy but has now been cancelled, courtesy of COVID-19 – it is important for policymakers in Africa to also understand the strategic significance of access to safe water, sanitation and hygiene services in the fight against pandemics such as COVID-19. Indeed, the stark reality for millions of Africans is: access to drinking water is still a challenge not to talk of water for handwashing!

Abdullahi Tsanni is a 2020 fellow of the Communications, Advocacy, and Policy Opportunities and Outreach for Poop (CAPOOP) Sanitation Media Fellowship; focused on building the capacities of African journalists to increase reporting on water and sanitation issues on the continent.

You can help call for equitable access to vaccines and prevent the spread of COVID-19 by supporting the Stay Safe Africa campaign on social media. 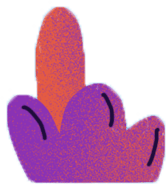